For companies who manufacture reagents, instruments and other research tools, it’s important to know when your customers get funding and how much money they have. To answer these questions, we compiled all 271,902 research grants awarded by National Institute of Health (NIH) from 2009 to 2013 and here are the answers.

We found that while NIH awards ~4500 grants per month, the actual number varies from month to month. In each of the past 5 years, the number of grants peaked in July, August and September (on average 10,000 grants per month). Then suddenly it dropped to ~200/month in October and November. Starting from December, the number gradually ramped up and peaked in the summer. 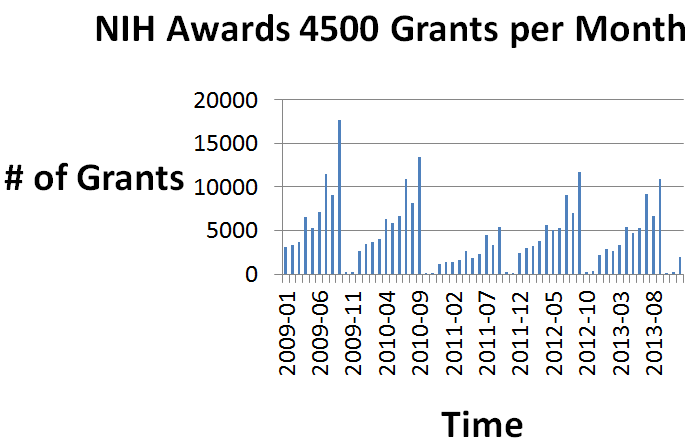 The same pattern is true for the size of the grant. On average NIH awards $2B each month, but much of the money goes to July, August and September. 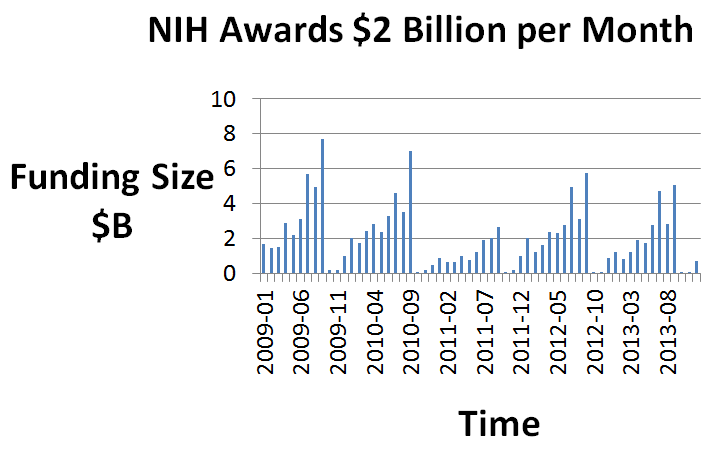 On average, the size of each grant is $470K. This number is declining last year. 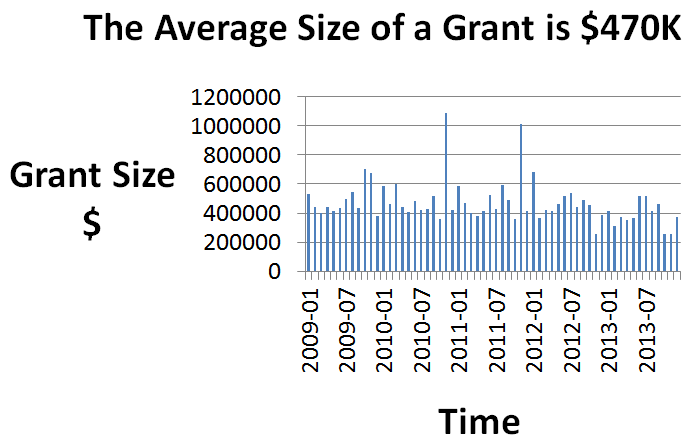 So are you going to do more marketing in summer?

PS: If you want to understand research trend (e.g. how much money NIH awards to stem cell research in the past 18 months? who received stem cell grants last month?), we can do the analysis for you. Contact Us